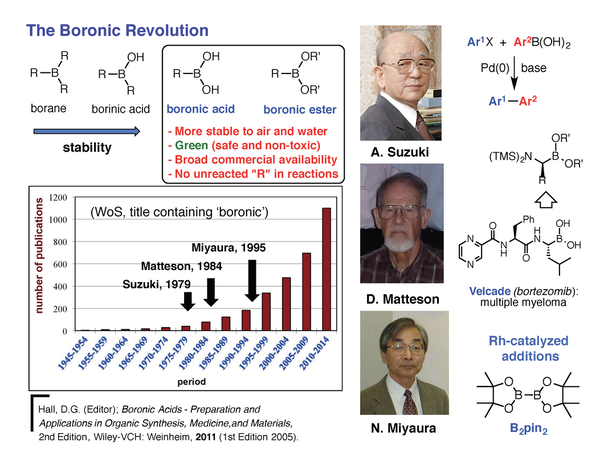 Modern organic synthesis is a powerful discipline that defines humankind’s capacity to create and transform new molecules with tailored properties and functions that can improve our standard of living. With inventions like antibiotics and other pharmaceutical drugs, it can be stated that organic synthesis is largely responsible for the significant increase in life expectancy observed in modern societies over the past century. To further advance, organic synthesis relies on the development of new reaction methods that enable the efficient construction of compounds with precise structural characteristics. The Hall Laboratory is active in several areas of organic synthesis with a focus on the applications of organoboronic acids, a modern research topic that has been in continuous expansion in the past two decades. Although they are historically recognized mostly for their use as reagents in the Nobel-prize winning Suzuki-Miyaura cross-coupling reaction, boronic acids and their esters have emerged into a versatile class of “jack-of-all-trades” compounds with multiple applications ranging from catalysis to medicine (Figure 1). [1]

Figure 1. Historical snapshot of boronic acids/esters and their numerous applications.
Examples of our lab's past contributions include stereocontrolled synthetic methodologies such as catalytic enantioselective allylborations [2,3] and multicomponent reactions [4], double-allylation reagents [5], organocatalysis with arylboronic acids [6], the development of resins and linkers for the solid-phase synthesis of boronic acids [7,8], natural product synthesis [9-12], oligoboronic acid receptors for complex oligosaccharides [13,14], and 'click' bioconjugation [15-17]. Details of all these contributions can be found in our Publication Section. Our overarching goal is to develop new reactions and strategies to access functional molecules with potential applications in biology and medicine. We pursue these objectives by exploiting the many modes of reactivity accessible to boronic acids (Figure 2). 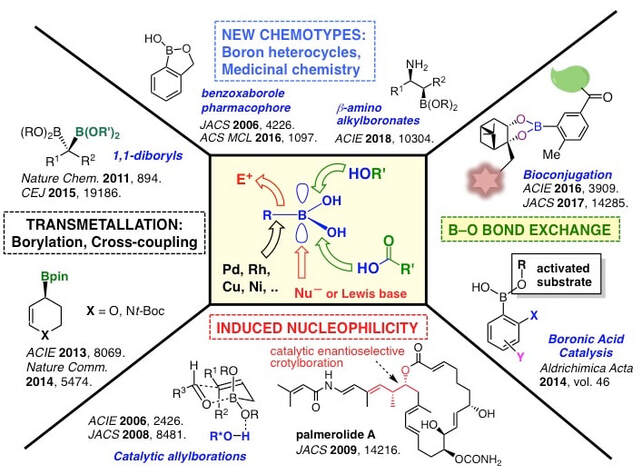 Figure 2. Hall Group research program exploiting the rich chemistry of boronic acids.
Students involved in these research projects are exposed to a multidisciplinary environment that provides ample opportunity to develop expertise in a wide range of modern concepts and techniques of organic synthesis and chemical biology. The following sections summarize ongoing and future research projects potentially available to students interested in joining our group:

1) Synthetic methodology and stereocontrol using organoboron chemistry. Organoboron compounds are extremely useful as stable reagents, intermediates, and catalysts in organic synthesis.  Several applications of these compounds remain to be discovered, and our group is particularly interested in developing powerful asymmetric carbon-carbon bond forming methods based on boronic acids and their esters. The ability to selectively synthesize one of two enantiomeric forms of a molecule is very important in the pharmaceutical industry. One such reaction is the catalytic enantioselective allylboration of aldehydes optimized in our group (Figure 3) [3]. This method makes use of diol-metal complexes as chiral Brønsted acids.  The optimal diol we identified, Vivol, was nicknamed after Vivek Rauniyar, the graduate student from our group who discovered it. 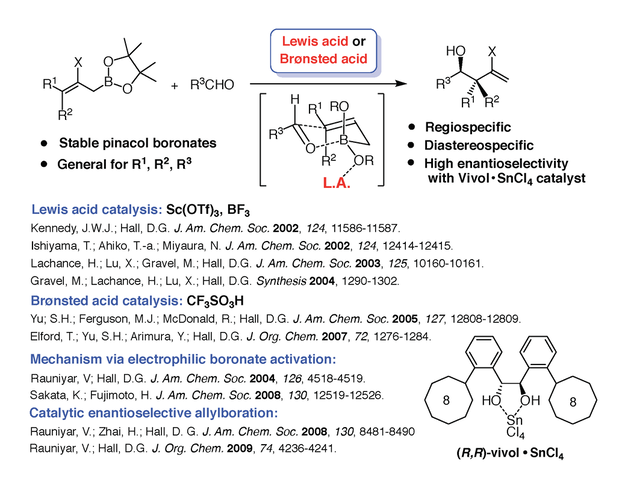 Figure 3. Stereoselective catalytic allylboration of carbonyl compounds.
More recently, our work in stereoselective synthesis has been focusing on the preparation and use of highly functionalized, pharmaceutically relevant chiral boronates such as heterocyclic and cyclobutyl derivatives, as well as beta-amino alkylboronates (Figure 4). Heterocyclic allylic boronates can be employed in carbonyl allylation18,19 and stereospecific cross-coupling [20]. Stereoselective preparation and cross-coupling of gem-diboryl alkanes provides an efficient route to biologically relevant diarylalkane units [21]. In a collaboration with a team of medicinal chemists at Pfizer, we optimize various methods to produce chiral cyclobutylboronates [22], which are attractive intermediates in the preparation of natural products and pharmaceutical drugs. beta-Aminoalkylboronic acids are biologically relevant bioisosteres of beta-aminoacids. Because there is a lack of effective and general methods to prepare these compounds, we address this problem by developing stereodivergent methods to access all stereosiomers of beta-aminoalkylboronates [23]. 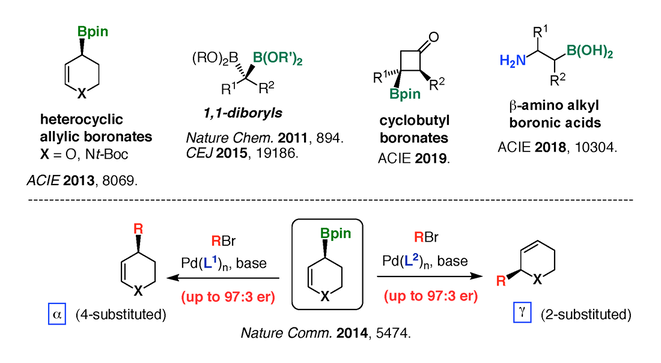 Figure 4. Preparation and application of biologically useful chiral boronates.
2) Multicomponent reactions in natural product synthesis. Multicomponent reactions are broadly defined as reactions that make use of three or more substrates simultaneously or sequentially without the need for changing the solvent. These atom-economical processes are particularly attractive in combinatorial chemistry, drug discovery, and even in natural product synthesis. In this context, our group has developed a tandem three-component [4+2] cycloaddition/allylboration strategy to assemble a-hydroxyalkyl piperidine derivatives parent to polyketides, piperidine alkaloids and azasugar analogues [4].  A catalytic enantioselective variant has also been developed for making pyrans [4], and this multicomponent reaction was employed in the total syntheses of the potent antibiotic thiomarinol H10 and the novel anticancer agent palmerolide A11 (Figure 5). Palmerolide A was isolated from a tunicate in the Antarctic Ocean, and is a potent antimelanoma agent with great potential for the treatment of certain types of skin cancers. 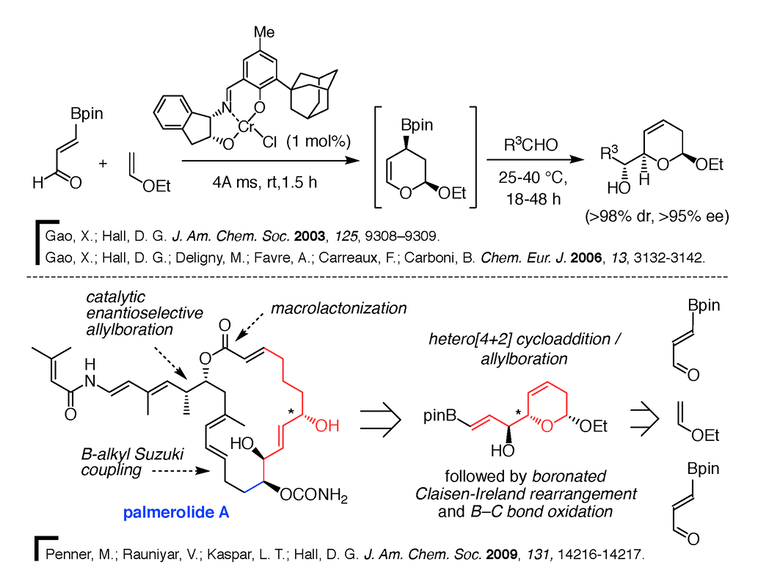 Figure 5. Three-component [4+2] cycloaddition/allylboration for the synthesis of alpha-hydroxyalkyl dihydropyrans and its application to natural product synthesis [4].

Figure 6. Concept of bifunctional organocatalysis with boronic acids.
3) Boronic Acid Catalysis (BAC): greener activation of hydroxy compounds with boronic acids.  The role of boronic acids as catalysts has long been neglected. These cool compounds have the unique capability of exchanging with alcohols and carboxylic acids reversibly, and this property can be put to use in catalysis to achieve temporary activation and/or templating effects (Figure 6).

We have exploited this potential with the surprising and impressive discovery that ortho-haloboronic acids such as ortho-iodophenylboronic acids (MIBA catalyst) can catalyze direct amidation reactions between free carboxylic acids and amines at room temperature (Figure 7) [6,24]. This discovery has great practical implications because amides are one of the most important functional groups in Nature and in pharmaceuticals. In Nature, they are ubiquitous as the key units to the backbone of peptides and proteins. Unfortunately, traditional methods for the preparation of amides continues to challenge chemists and there are still no means to make amides in a simple, green and atom-economical fashion. In contrast, amidations catalyzed by ortho-iodophenylboronic acid do not create any waste, giving water as the only by-product, and the amide products can be isolated using just simple acid-base extractions. The direct activation of carboxylic acids can also be applied to Diels-Alder reactions and dipolar cycloadditions of unsaturated carboxylic acids (Figure 7) [25]. Our laboratory also designed a series of electrophilic boronic acids catalysts for direct cyclizations and Friedels-Crafts-type alkylations of allylic and benzylic alcohols [26], as well as the activation of ketoximes in the Beckmann rearrangement (Figure 8) [27]. Two of our catalysts, MIBA, for direct amidations, and the Beckmann rearrangement catalyst, are commercialized by Sigma-Aldrich.

The preparation of chiral arylboronic acids could lead to stereoselective applications of these reactions. Furthermore, other ongoing directions in BAC include dual catalysis combining boronic acids and light, as well as other modes of promoting chemical reactions.
​ 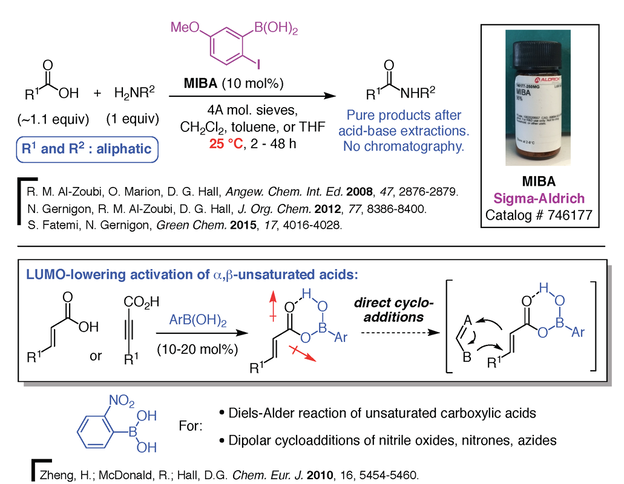 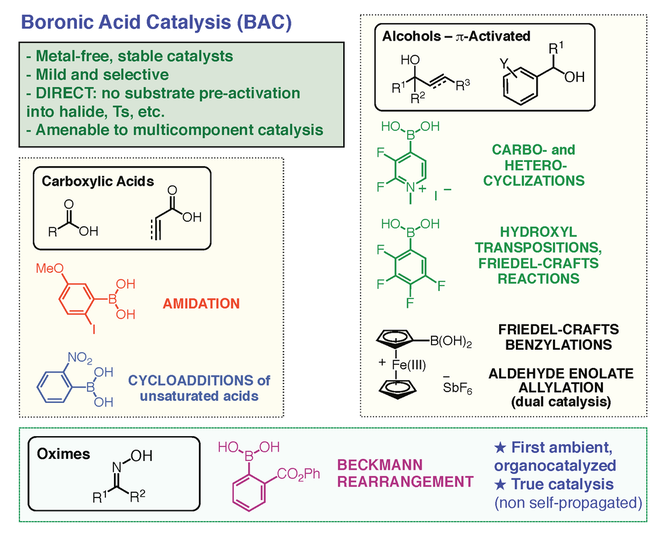 Figure 8. Diversity of reactions and catalysts in BAC.
4) Boron heterocycles. Once viewed as a chemical curiosity, boron-containing heterocycles are now emerging as a remarkable class of compounds with great utility. For example, in the past decade, the benzoxaborole ring gained acceptance as a new pharmacophore (i.e., a bioactive part or group of atoms in a molecule). This progress is strongly supported by the recent approval of the antifungal drug Tavaborole and the $5.5 billion USD sale of Anacor Pharmaceuticals to Pfizer for the rights to Crisaborole (EucrisaTM), a drug projected to vastly improve the standard of care for eczema and psoriasis (Figure 9). Our team made seminal contributions on the reactivity and properties of benzoxaboroles, such as their special ability to complex carbohydrates [28-29], and their dynamic hydrolysis [30]. In a collaboration with Prof. Ravin Narain (U of A Chemical and Materials Engineering), we design benzoxaborole-containing  self-healing  responsive nanogels for biomedical applications [31]. As new and stable chemotypes, boron-containing rings present a new landscape for drug discovery and other applications such as catalysis and materials science. Our laboratory has initiated a program on the design and study of new boron heterocycles that can open new opportunities for fundamental breakthroughs and translational activities of potential benefit to society. For example, we recently reported on the bioisosterism of isozaxole drugs where a C=C bond can be replaced by a geometrically and electronically equivalent B–N bond (Figure 9, bottom) [32]. Ongoing projects focus on the design, synthesis, and evaluation of the reactivity and physical properties of novel aromatic and non-aromatic boron heterocycles.  These new compounds are then evaluated for their potential as anti-infective agents in collaboration with the Community for Open Antimicrobial Drug Discovery (CO-ADD) and other organizations. 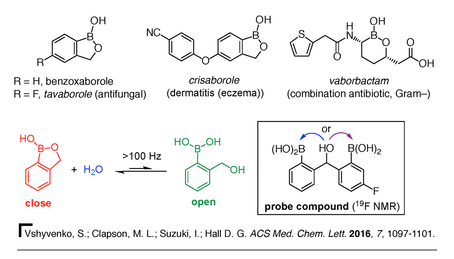 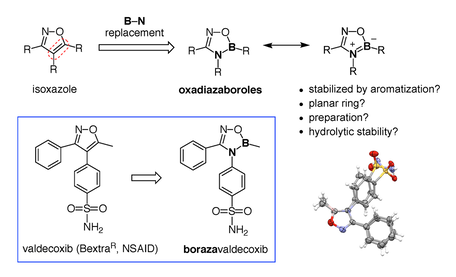 Figure 9. Studies on benzoxaboroles and other boron heterocycles for drug discovery.
5) Medicinal chemistry and chemical biology. Our group is involved in a number of medicinal chemistry collaborations, especially in the area of oncology. For example, we have exploited a boron-based multicomponent reaction developed in our laboratory to synthesize parallel libraries of drug-like imidopiperidine compounds [33]. In collaboration with the lab of Prof. Michael Weinfeld (Cross Cancer Institute, UofA Oncology), these compounds were found to be potent inhibitors of the human polynucleotide kinase/phosphatase (PNKP) [34]. PNKP is a DNA repair enzyme involved in the repair of strand breaks. It possesses two activities; a DNA 3'-phosphatase and a 5'-kinase. Cancer cells depleted of hPNKP display an increased sensitivity to ionizing radiation and certain chemotherapeutic agents, thus inhibition of hPNKP could increase the efficacy of cancer treatment. As part of a large multidisciplinary collaboration, we design and synthesize derivatives of the initial hit, A12B4C3, for structure-activity relationships studies with the goal of developing a lead inhibitor suitable for clinical applications.

The ability of boronic acids to complex polyols in aqueous media can be of great use in chemical biology. Recently, we have explored the application of boronic ester formation in 'click' bioconjugation (Figure 10, bottom) [15]. Boronic ester formation has proven to provide tight-binding conjugates that are bioorthogonal.  A second-generation system was tested in cell tagging [16] and studies are ongoing to evaluate this system in live imaging. 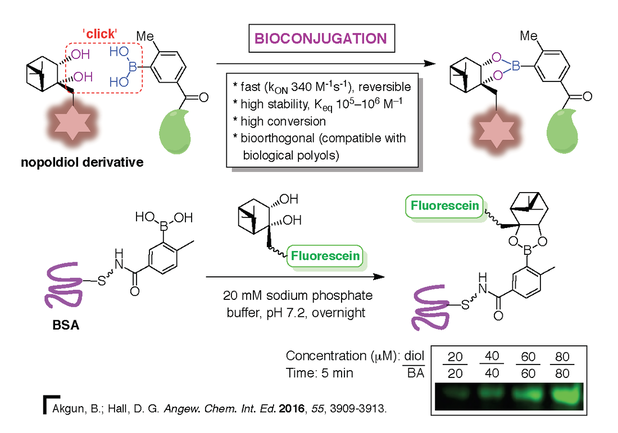 Figure 10. Ongoing projects in medicinal chemistry and bioconjugation in the Hall Group.
​References

14) A. Pal, M. Bérubé, D. G. Hall; Design, Synthesis, and Screening of a Library of Peptidyl Bis-Boroxoles as Low Molecular Weight Receptors for Complex Oligosaccharides in Water: Identification of a Receptor for the Tumour Marker TF-Antigen, Angew. Chem. Int. Ed. 2010, 49, 1492-1495.